Cerner Command Language (CCL) is a database query and scripting language used with Cerner Millennium databases. CCL Unit is a unit testing framework for CCL written in CCL. The CCL Testing plugins generate reports for viewing the results of CCL Unit tests and static analyses of CCL programs and for generating code documentation from comments in the source code for CCL programs. These tools were created to help developers improve the quality of their CCL programs.

We have released the code for these tools to open source to facilitate frictionless contributions of enhancements, corrections, and documentation improvements by the CCL developer community at large and to allow CCL developers to opt in for automatic notifications about version updates by subscribing to the CCL Unit and CCL Testing source repositories. We have released the CCL Testing plugins to Maven Central to eliminate the need to configure the location and access credentials for a proprietary plugin repository in order to use them.

We invite you to visit the change log of each repository to see the many improvements made since the original releases. Most notably:

Introducing Jwala, a Resource Manager for the Apache Community Apache Tomcat and Apache httpd are hardened, scalable, and reliable open-source solutions. Widely adopted, these solutions are commonly used to host and load-balance Java applications. Configuring and managing a small set of elements is relatively easy, but once you start scaling out your application and platform, things get complicated. Questions such as “How do I update the heap or database pool-size across hundreds of Java Virtual Machines (JVMs)? 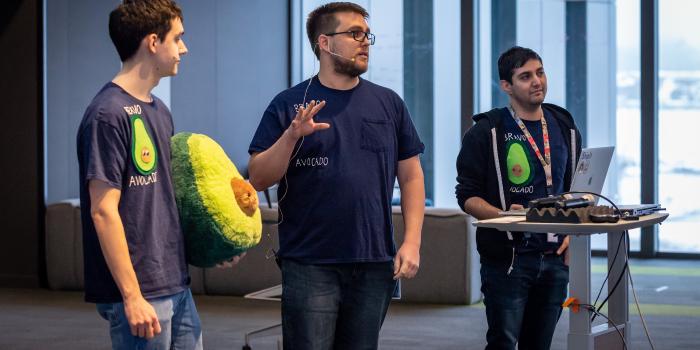 It is winter time in Kansas City, which also included our fourteenth edition of ShipIt, our routine hackathon competition we host at Cerner Engineering. Although the snowy weather may have kept participants between the warm walls of our Innovations Campus, the winter storm did not disturb the initiative and enthusiasm of the fourteen participating teams. Check out the video below to hear from ShipIt Day participants and supporters as to why ShipIt Day has become an engineering-wide program that supports Cerner’s development culture.